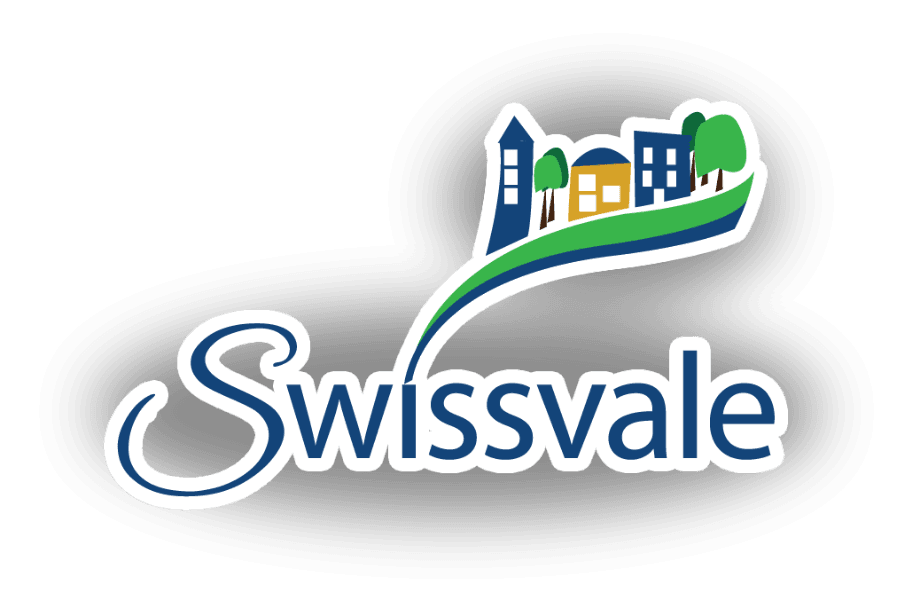 A glimpse into the past and down through the years, as based from the 1948 Swissvale Golden Anniversary book. Swissvale celebrated 100 years in 1998.

Swissvale was known as a Hamlet from 1850 to 1866. Following this period, the title was changed to The Village and this name clung to our community from 1866 to 1898. On the 30th day of July, 1898, the village was incorporated into a borough to be known as The Borough of Swissvale.

Surrounded by fertile and well kept farms, the wooded hills, bountiful orchards and waving fields of grain, provided a picturesque and delightful setting for the dozen or so homes which formed the Hamlet of Swissvale.

About the time the first gun was fired on Fort Sumter, announcing to the world the beginning of the Civil War, the beauties of the sylvan hamlet of Swissvale, situated in what was part of Wilkins Township, were being brought to the attention of many of the people of Pittsburgh.

William S Haven, whose homestead occupied what is now the Edgewood Town Center, was the proprietor of the largest printing and stationery establishment west of Philadelphia and was one of the wealthiest men in Pittsburgh.

During the Civil war, Mrs. Haven made daily trips to what was then known as Camp Copeland (which is now part of the present day Braddock Borough), where the Union soldiers were drilled before being sent to the front. At her own expense she provided soldiers with generous supplies of home-cooked food, and helped to nurse the sick and comfort the dying.

The patriotism and generosity of the Haven family and their solicitude for the welfare of the soldiers, was such as to earn for them the profound respect and admiration of all who knew them.

Andrew Carnegie, who at this time was the Superintendent of the Pittsburgh division of the Pennsylvania Railroad, was an intimate friend and frequent visitor to the Haven family. On one of his last visits, having stayed later than usual, he had to run to catch the train for Pittsburgh. In his haste, he fell into an open culvert at the side of the railroad crossing but climbed out and with his temper and clothing, a little worse for the experience. The next day, the railroad carpenters came out and boarded up the culvert, as Andy did not wish to have a repetition of the occurrence.

Jane Grey Swisshelm lived in a log house adjoining the Haven property, in what was known as the Nine Mile Run Hollow. She so loved the beautiful hamlet, that she bestowed upon it the name of Swissvale and that is how the Borough received its present name. Mrs. Swisshelm's activities as a writer and one of the promoters of the Underground Railroad for the succor of slaves fleeing from the South to the North and into Canada for freedom, earned for her fame and prestige which will remain and endure as part of the history of Western Pennsylvania.

The references herein given as to the location of the various farms are approximate and are for the purpose of giving a general idea of their relation to each other. With possible exception of the Haven family and Jane Grey Swisshelm, these good folks, both before and after the Civil War, led the quiet and peaceful lives of tillers of the soil amid scenes of true Arcadian beauty and simplicity. They have all long since ceased from their labors and entered into their final resting place, leaving behind tender memories of the happy days of yesteryears.